I was driving down I-40 a couple months ago with my wife and we were talking about the latest Disney news. Actually, she was humoring me while I talked about the latest Disney news and she responded with the occasional "mm-hmm" and "yup" and "cool." I mentioned something about the New York World's Fair in 1964 as it relates to Disney World and how very little seems to have been published about it in print, to which she looked up from her Pinterest and said to me, "Well I think you have a new idea for your next book!"

So here I am. Starting the research for this book. I spoke to my publisher over at Theme Park Press, and he recognized along with me that this is going to be a major undertaking in research. He agreed to give me a year to compile research and write my manuscript before turning it over to him on May 1st, 2019. After some discussion, we agreed that it would be cool for my book to be released to coincide with the 55th anniversary of the fair, on April 22, 2019, so my due date has been moved back to March 1st. Whew!

The problem is, I don't know a whole lot about the New York World's Fair and Disney's role in it outside of the regular canonized information that most Disney fans already know. After some cursory perusing on Amazon, I found some good primary source material in biographies, autobiographies, and souvenir guides from the fair to help me along my way, but overall it is costly. I would also like to take a trip up to Queens to see the site myself, or at least what is left of it.

The process of research has been crazy over the past month/few weeks. I've been to Springfield, IL, have talked to people that work for the Disney Archives and National Archives, and have physically held papers in my hand signed by Joe Potter, Card Walker, and Walt himself.

I figured there may be some interest in my research process and the story of this book, so I thought I'd fire up the ole blog-machine once again. Check back every Friday for an update on how the book is going and some fun anecdotes from the research process and what I'm learning as I go along!

Don't forget to visit my kickstarter for some sweet rewards! Only one week remains!

Posted by Unknown at 6:51 PM No comments: 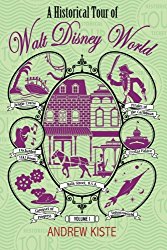 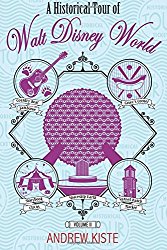